Say what you will about 19 year old Nottingham boy Jake Bugg, but his second album, despite its possible faults, is a great rock'n'roll record, expertly produced by none other than Rick Rubin. It's quite different from his first album, a lot more exciting, and all of a sudden Bugg has upped the ante and really become a name unto himself. "Slumville Sunrise" has got a rubbish video which is half-heartedly trying to tell a story, but the song is fantastic! 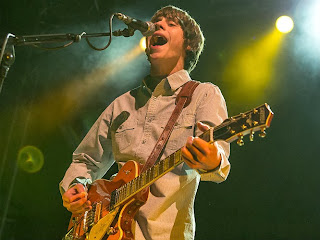