American singer/songwriter Cass McCombs has just released his seventh album, the excellent double CD Big Wheel And Others. It's a widely varied album featuring all kinds of songs in different styles, and semi-title track Big Wheel sounds like a T-Bone Burnett song channeled by Mail blues band Tinariwen. It's an awesome, atmospheric and nocturnal-sounding track that grabs hold of the listener, refusing to let go. Perfect! The song as featured in the clip below starts at close to the one minute mark as the first 58 seconds or so is called "Sean", one of three short interview pieces from a 1969 documentary about a four year old boy called Sean, raised by hippies in San Francisco neighbourhood Haight-Ashbury. Be that as it may, these pieces are probably best listened to in the context of the entire album, but for now, please enjoy "Big Wheel". It's a fantastic song! 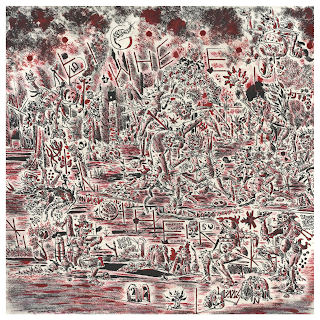