Solomon Burke - The Other Side Of The Coin

One of soul music's greatest voices was celebrated duly when producer Joe Henry helmed the 2002 album Don't Give Up On Me, on which he asked sundry talented songwriters to contribute, such as Bob Dylan, Elvis Costello, Tom Waits and others. "The Other Side Of The Coin" is written by Nick Lowe and eventually ended up on his 2007 album At My Age. But it's a song that's a perfect match for Burke's warm voice, and I'm pretty sure Lowe agrees that he couldn't better it. 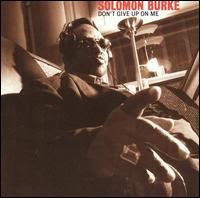