Bergen's very own Monica Heldal made her debut this week with the fantastic album Boy From The North which has been in the making for some time now. Only 22 years old, her songs sound like they transcend time and space, and "Conman Coming" is a perfect cross between 1971 era Led Zeppelin and Fairport Convention, with the added pleasure of Heldal being a major new talent that is sure to make her mark in the coming years. This version of the song was performed on Norwegian television one and a half year ago, featuring the talents of Kjartan Kristiansen of Dumdum Boys fame, ace slide guitarist Geir Sundstøl and drummer Erland Dahlen. It's also one of the stand-out tracks on Heldal's album which comes highly recommended. 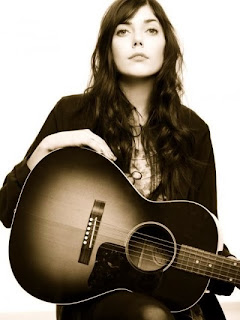