William Pitt is an American model who moved to Paris in the mid-80's and was discovered by a local record producer named Pascal Pillet-Desjardins. A true one-hit wonder, William Pitt is remembered for the single "City Lights" which became a hit in a few European countries in 1987, and after that he just disappeared from sight. But what remains is one very good song, a nocturnal and atmospheric pop song about, you guessed it, the lights of the city. 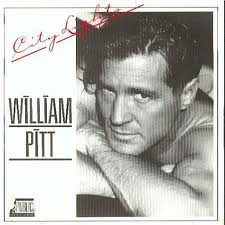