My God, this is beautiful! Tracey Thorn has the most incredible voice in pop music, a thing of great beauty and mysterious qualities far beyond the mundane. Now she has recorded a version of "How The Wind Blows", a stunning song written by Molly Drake, Nick Drake's mother. It's for a BBC Radio 4 documentary about Molly that will air next Thursday. Let's hope it's released in some form, as this is absolutely mindblowing stuff. Listening to Tracey sing this song makes me stop everything else I'm doing and I seem to keep playing it again and again. I should probably stop now. Oh hell, one more time! 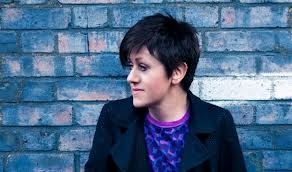