Led Zeppelin - Since I've Been Loving You

"Since I've Been Loving You" from 1970's Led Zeppelin III album may be my favourite song of theirs. It's a slow blues jam featuring some of Jimmy Page's most impressive guitar work ever. Not surprisingly it became a live favourite as it was a song that allowed the band to improvise quite a lot. This version is from the concert film The Song Remains The Same that includes performances from three nights in July 1973, but didn't premiere until 1976. It's a killer version, eight minutes long, and the ultimate showcase for Page's guitar playing, a performance that has the words "rock star" written all over it. 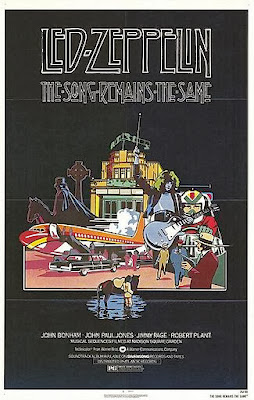