One of the many who died too young, bassist Mick Karn passed away at 52 and was known as the bass player of Japan, but also had a solo career unknown to most, including me. I did, however, love his 1983 single "Sensitive", a ballad in which he plays his trademark fretless bass to perfection, and a song which also features a saxophone solo that makes it comparable to George Michael's "Careless Whisper", released a year later. Could be Michael used "Sensitive" as a template for his first solo hit single, I don't know. No matter what, "Sensitive" remains a wonderful song that sounds... well, sensitive. It's aptly titled. 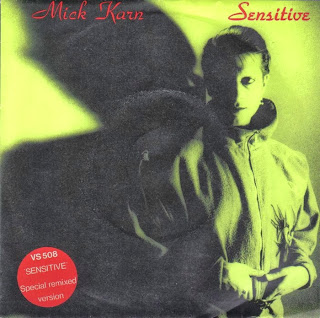