While a wave of hostility towards the Romani people crashes over Europe, master musicians Gipsy Kings from the south of France, keep touring, drawing large audiences who doesn't necessarily reflect too much upon their ancestry. Tonight they'll be playing in Oslo as part of Oslo World Music Festival, and lucky as I am I will be seeing them. They are far more than "Bamboleo" and "funny" versions of "Volare" and "Hotel California", but incredible musicians, keepers of a grand tradition with deep flamenco roots. "Aven, Aven" is the opening track from their fabulous 2004 album Roots, and it would surprise me if it's not on the setlist tonight. Something to look forward to! 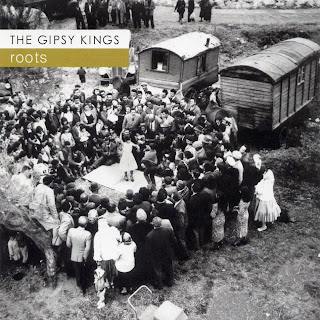