Even though Prefab Sprout has released a new album, the best album of 2013 still is Random Access Memories, Daft Punk's fourth album and their true masterpiece. Here's the closing track "Contact" of which I wrote the following some months ago: "It opens with a recording of the last human to set foot on the moon, Eugene Cernan, on the final Apollo mission in 1972, Apollo 17, released to Daft Punk exclusively by NASA. Cernan's voice is heard describing a "bright object" from the window in his capsule over layers of synthesizers before the piece breaks out into fanfares and heavy drums. It was co-produced with Stéphane Quême a.k.a. DJ Falcon who previously worked with Bangalter as one part of the duo Together. Also, it has to be said, "Contact" revisits the track "Aerodynamic" from the 2001 album Discovery. It's pretty much the same song, but with a different arrangement." 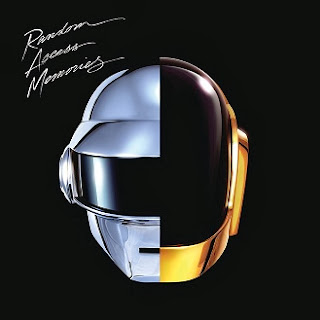