Broken Bells - Holding On For Life

"Holding On For Life" is the first single off the forthcoming second Broken Bells album, the project of artist-producer Danger Mouse (Brian Benton) and The Shins lead singer and guitarist James Mercer. A fabulous soul/R&B song with a pop twist and a decidedly 80's synth-flavour with a semi-psychedelic break reminiscent of The Beatles circa Revolver, it bodes very well for the album After The Disco to be released in mid-January. As a matter of fact, this song is simply awesome! 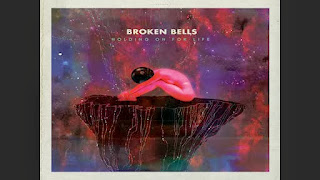