The Jayhawks, originally a vehicle for the singer/songwriter partners Mark Olson and Gary Louris, has mostly been run by Louris after Olson left the band in 1995. The two partners banded up together at a later stage, first for an acoustic 2009 album called Ready For The Flood under their own names, then for a proper new (but disapponting) Jayhawks album in 2011. The two are no longer on speaking terms and there have been no new Jayhawks records since, but we're left with an impressive legacy, both from the early years, and the later years when Louris has been the driving force. "Angelyne" stems from the latter period, from the 2003 album Rainy Day Music, and is one of the best songs on it, which actually says a lot as it's quite the record. This is simply a dead catchy pop song disguised as a country rock tune, something along the lines of "the best song Eagles never wrote". 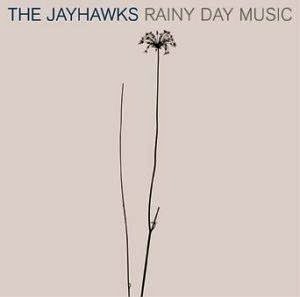