Now, this song is not by Kurt Cobain's Nirvana, but the British 60's band with the same name. The wonderful "Pentecost Hotel" is a big ballad from the Nirvana's 1967 debut, the concept album The Story Of Simon Simopath, about a boy in the future (in 1999) who dreams of having wings. He suffers a breakdown and unable to get proper help in a mental institution he instead gets aboard a rocket (why wouldn't you?) and meets a centaur that becomes his friend and the tiny goddess Magdalena who works at Pentecost Hotel and that he eventually marries. The song "Pentecost Hotel" was the album's lead single, but no hit, I'm afraid. No matter, even if the song may be a bit silly, it is great, very much of its time and musically, it's pure ear-candy. 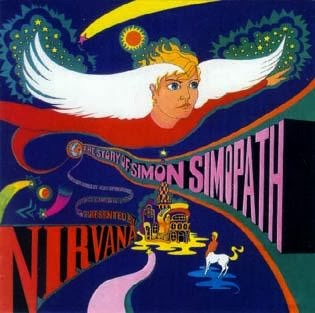