If You Leave, the debut album of London-based trio Daughter, is one of this year's most accomplished releases of the more atmospheric kind. Once again, we have to refer to the xx, who's singlehandedly created a "new" sound, in large part based upon the musical framework of The Cure circa 1980 and 1981. Daughter take their cue from this, and has recorded a beautiful debut album, from which "Youth" is among the more immediate songs. In a curious aside I should mention that the song also has been used to promote the Norwegian airline Widerøe in a television commercial. 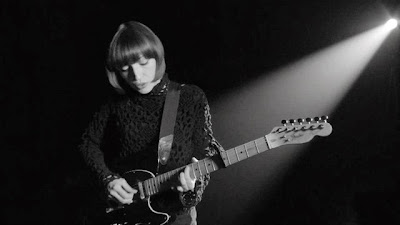