I registered the Leeds band Alt-J's debut album An Awesome Wave upon its release in mid-2012, but when I tried to listen to it I didn't pay much attention and dismissed it without reflecting a lot upon it. Then, only four or five weeks ago, I was in a clothing store in London, waiting for my wife trying on some dresses, when I heard a song over the shop's speaker system. It grabbed me immediately, and lo and behold, when I shazamed it, it turned out to be "Something Good", one of the singles off the Alt-J album. Great song, a kind of mood piece with a repetitive rhythmic pattern that sends the listener off into outer space or wherever he or she wishes to go. Love it! 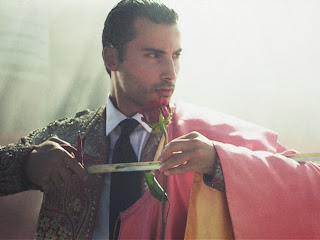