Janove Ottesen was (is?) the singer in Kaizers Orchestra, one of the biggest rock bands in Norway that has now put their career on what I guess is an indefinite hiatus. In 2004 he did something I guess he's thinking of repeating, doing a solo album. It was called Francis' Lonely Nights, and although I didn't exactly fall head over heels in love with it, the single "Go Tell Her" still sounds absolutely magnificent, a slow-building, atmospheric pop song with epic qualities. The mood of the song reminds me a bit of The Stereophonics' wonderful "Maybe Tomorrow". This is just crazy good. 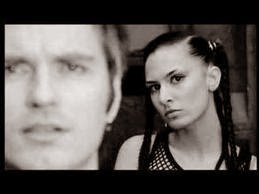