Midnight Choir was a Norwegian trio named after a line from Leonard Cohen's classic song "Bird On A Wire". They released five albums in their time of which all were good, and a few were great. "Unsung Heroine" is the title track from one of the latter ones, their fourth to be exact, released in 2000,  an atmospheric and moody masterpiece. That description fits both the album as a whole and the song itself, expertly produced by Chris Eckman of Seattle band The Walkabouts and written by the band's multi-instrumentalist and songwriting genius Atle Bystrøm. And of course, the song is sung by maybe the best voice in Norwegian popular music, Paal Flaata. As a solo artist he's released some very good albums, but it was as singer of Midnight Choir that he really stood out. Sometimes it's about the whole package, more than its individual parts, and this band was a prime example of just that. 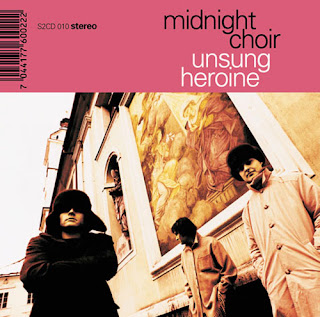