Monica Heldal - Boy From The North

Monica Heldal is a major new talent, a 22 year old singer/songwriter hailing from Bergen, Norway, who released her debut album Boy From The North this week. It's a fascinating folk album in the tradition of Sandy Denny, Linda Thompson and other British heroes, a bit of Led Zeppelin here, a bit of Pentangle there, but Heldal most definitely has a voice of her own. Put simply, the record sounds very good. Here then, is an acoustic live version of the magnificent title track. Enjoy! 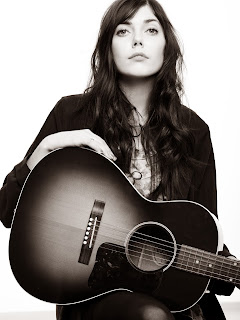