The opening track from the 1967 classic The Velvet Underground & Nico featured Nico on lead vocals, but when it came time to record it for the album, Lou Reed took over the job. It was almost recorded as an afterthough and meant to become a hit single which is why the production was a bit softer and more polished than the rest of the album. "Sunday Morning" was written by Reed and John Cale on a, you guessed it, Sunday morning. It was released in December 1966 with "Femme Fatale" on the B-side. And was it a hit? Not even close. 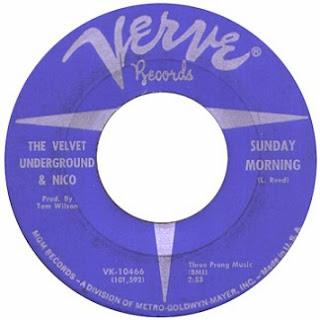