Barbara Pittman - I Need A Man

"...first-wave rock 'n' roll was fast-moving, fun, disposable and defiantly youthful, no time for cliché. There is more rock 'n' roll in the three minutes of passionate dishevelment in Barbara Pittman's "I Need A Man" than the combined catalogues of Aerosmith and Mötley Crüe."

The quote is lifted from Bob Stanley's recently released brick of a book, Yeah Yeah Yeah: The Story Of Modern Pop, from the chapter on Bill Haley and rock 'n' roll in its infancy in the years 1954 and 1955. He sure has got a point. Pittman was one of very few female recording artists in the Sun Records roster, but the rawness of her voice over a fabulous backing band (featuring an incredible guitar solo by Buddy Holobaugh and Smokey Joe Baugh's similarly impressive piano playing) far exceeds your average metal monkey. Although I enjoy a bit of Aerosmith from time to time, I see Stanley's point which is excellent. "I Need A Man" was recorded and released in 1956, as Sun 253. 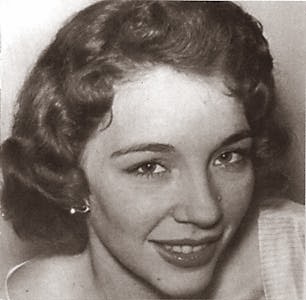