Everything But The Girl - Tougher Than The Rest

This week sees the release of 2-disc deluxe editions of Everything But The Girls three mid-period albums The Language Of Life (1990), Worldwide (1991) and Amplified Heart (1994). The former and the latter are both good albums, but Worldwide is pretty much a dud, their one disappointing album. However, the re-release is augmented by the three Acoustic EP's they released in the aftermath of Worldwide, and they are pretty good, and includes some excellent cover versions. Most notable of these is their take on Bruce Springsteen's timeless "Tougher Than The Rest", which Tracey Thorn totally makes her own, aided by partner Ben Watt on some beautiful harmony vocals. Astounding! 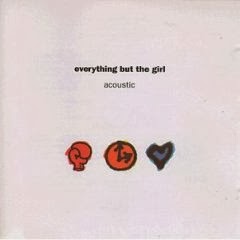