Re-Flex - The Politics Of Dancing

Re-Flex was a British synth-pop band that only released one album, titled The Politics Of Dancing (1983). The title track was released as a single in late 1983 and eventually became a hit in 1984. It's a great pop song, typical of the era with electronic drums and fleshed out synths, with a memorable melody and a good beat. The accompanying music video is even more of its time, a kind of orwellian fable where dance music is frowned upon by the government and secret agents are on the look-out for "rebels" such as Re-Flex. Silly, I know, but so what? Great song + funny video = classic. 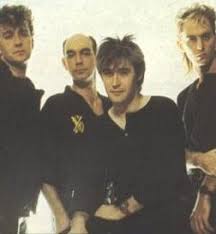