"Jonas And Ezikial" is a song off the 1992 Indigo Girls album Rites Of Passage, one of their best. Emily Saliers and Amy Ray normally write and perform their own songs with the other one singing back-up and this is no exception. It was written by Ray, and the title refers to names that she saw on a tombstone in a slave cemetery. According to Ray herself, "it's a political song about people who put their faith in prophesy, who're walking toward disaster instead of doing anything about it." And very good it is. 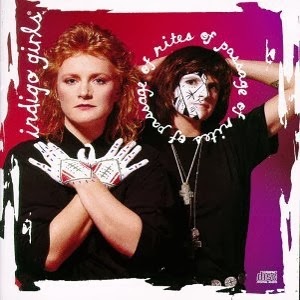