Nick Lowe - Christmas At The Aiport

Nick Lowe has released what is most probably the best Christmas record of 2013, Quality Street. It's a blend of old and new in Lowe's laidback musical style, with diverse and at the same time classic songs like "Silent Night" and "I Wish It Could Be Christmas Every Day" alongside newly written songs such as the Lowe/Ry Cooder co-write "A Dollar Short Of Happy" and Lowe's "Christmas At The Airport". The latter has got its own animated music video featuring an elf on his way to the North Pole who gets stranded at the airport on Christmas Eve. Great song, great video, and do check out the album. It's wonderful. 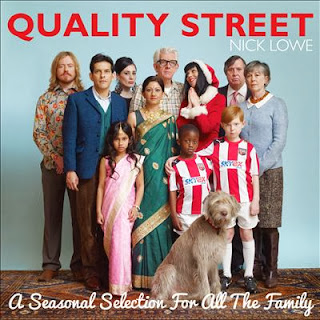