The Cure - The Figurehead

I know a lot of people hate The Cure and their gloomy, sinister-sounding music. I think it's beautiful though, and where many find Robert Smith's voice whining and irritating, I find it rather comforting. Not the gloomy type myself, I still like to bask in the dark and atmospheric landscapes Smith and his cohorts conjure. Their darkest hour is definitely the 1982 album Pornography, an angst-ridden, claustrophobic-sounding record that saw the light of day as an alternative to Smith "completely giving in" (i.e. committing suicide). "The Figurehead" is my favourite song from Pornography which only spawned one single, "The Hanging Garden". That was good, but not as good as "The Figurehead". 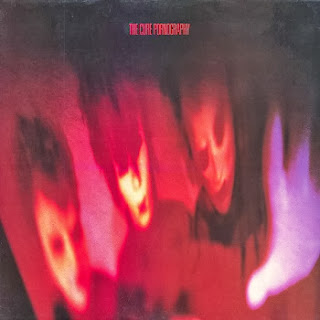