Kid Astray - The Best Of Us

Kid Astray is a young Norwegian band who's experienced a bit of momentum based upon the single "The Mess" and its follow-up "The Best Of Us" that are both part of an EP cleverly called Easily Led Astray. This is pure ear-candy, brilliant pop music that sounds not a million miles removed from, say, Donkeyboy, which is geographically close to Kid Astray as well. What the two bands have in common is an understanding of what makes a good pop song work, with catchy melodies and some hooks to get your attention at just the right places. I don't know this, but I imagine Kid Astray to be working on a debut album to be released in 2014, and I for one am looking forward to that. These guys have a lot of promise. 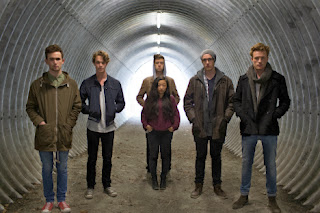