Siouxsie And The Banshees - Christine

Siouxsie Sioux and her band The Banshees were the perfect post-punk outfit, she made up like a goth queen out of Mary Shelley's writings, her band appearing like her willing minions. Speaking of the latter, The Banshees changed members occasionally, and for their third album, 1980's Kaleidoscope, had been reinforced with former Magazine guitarist John McGeogh and Budgie, who had been a drummer for The Slits. Budgie became Siouxsie's closest ally in the band, and the pair even had a side-project going as The Creatures. But let's head back to 1980 and the wonderful single "Christine" one of the band's many excellent pop songs, and the second single to be lifted from Kaleidoscope. A real classic! 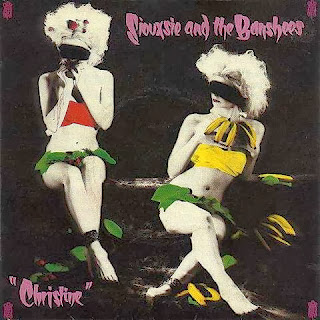