The Proclaimers - Sunshine On Leith

Scottish twin brothers Craig and Charlie Reid a.k.a. The Proclaimers are songwriters of the highest order, having released nine albums to date, most of them really good. "Sunshine On Leith" is the title track from their most successful album released in 1988, which has also given name to both a musical and a film, the latter just released a month ago. The song is a piano-driven waltz with a lonesome-sounding steel guitar and fiddle as well as the brothers' trademark harmonies and thick Edinburgh accent, all components to make the song a real masterpiece and one of their best ever songs. 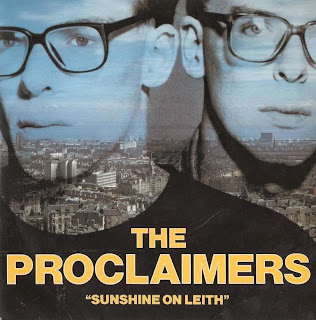