Oslo, Norway, 1983. I am 17, hating school and loving this song by artist/poser Svart Klovn, known to his mother as Svenn Jakobsen. As far as I know he was squatting in an abandoned house, and generelly hanging around the neighbourhood looking cool. He even had an English alias Kid Death, just in case anyone came knocking I guess... Now, when me and my friends were skipping school in order to play an arcade game at a hamburger restaurant nearby, sometimes Svenn was there before us, looking cool in leather jacket and his trademark make-up. We were all addicted to the same game, and Svenn was really good at it.

13 years later, I am interviewing Trygve Allister Diesen, director of the movie Mørkets øy, at the film studio where he is completing the film. Mixing the sound is, to my big surprise, Svenn Jakobsen. He's no longer wearing make-up or a leather jacket, just a t-shirt and jeans. I introduce myself, but he doesn't remember me.

No matter, his debut single "Knust knekt" (1983) is still a Norwegian synth-pop masterpiece, complete with completely ridiculous lyrics. He only released one more single, an English language version of "Knust knekt" called "Queen Bitch" in 1986. Unfortunately it wasn't very good, and then he disappeared from view. Happy memories! 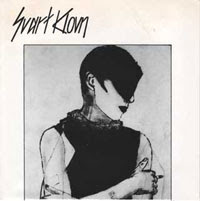