Maria McKee entered the rock world like a whirlwind in front of country rock outfit Lone Justice when they released their self-titled debut album in 1985. Among the singles on this particularly excellent record was "Sweet, Sweet Baby (I'm Falling)", a co-write with The Heartbreakers' Benmont Tench and The E Street Band's Steven Van Zandt. The album shines as bright today as it did back then, and McKee's vocal performance still sounds like nothing else. Their second - and final - album Shelter (1986) should be largely forgotten on the other hand. Thank God Maria McKee went on to a fruitful solo career. 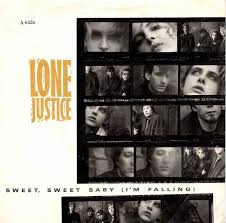