Gillian Welch - The Way It Goes

Gillian Welch finally returned with her fifth album The Harrow & The Harvest last year after an eight year hiatus. As always with her musical partner David Rawlings by her side, she delivered a stark and bleak record filled with acoustic bluegrass-tinged songs of hurt and despair. "The Way It Goes" is as dark as they come, a musical equivalent to authors like Chris Offutt, Daniel Woodrell and my new favourite writer Frank Bill who debuted with the short story collection "Crimes In Southern Indiana" in 2011. The clip below is from British TV show Later... with Jools Holland. 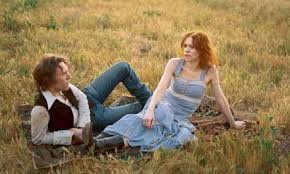