Truls - Tear Me Up

Truls (surname Heggero) used to be the singer of Norwegian indie pop band Lukestar who released three albums in their time, and he also did an album fronting a project called Truls And The Trees. After Lukestar disbanded in 2012, falsetto-voiced Truls has put all his effort into a solo career that has been massively hyped, but for good reason. The two hit singles "Out Of Yourself" and "The Next" have graced the radio waves and dance floors for some months now, and last week saw the unveiling of his proper debut solo album, TRVLS (pronounced "travels"). It's an amazing record, expertly produced by Thomas Eriksen, a modern synth-pop album that resembles what Chvrches are doing but with a nod to hip hop here, a nod to R&B there, and even going in the direction of the xx a few places. This is serious pop music, as the new single "Tear Me Up" most certainly attests to. And don't be deceived. Truls may be big and a little awkward-looking but he's got the voice of an angel and the pop sensibility to match it. After only a few spins I can safely say that TRVLS is among this year's best debut albums - in contrast to what some po-faced reviewers seem to think. They probably wouldn't recognize a good pop song if it hit them in the face anyway, so here's to Truls: Congratulations! 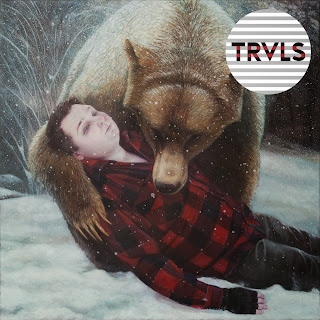