The story of "Little 15", the fourth single off the 1987 Depeche Mode album Music For The Masses, is a funny one. It was never intended as a single, but the French record label insisted and it became so. Ironically, or symptomatically, it didn't chart at all in France, and in the UK it became the band's second lowest-charting single, stalling at a sorry number 60 on the singles chart. It did chart, and become a minor hit, in Switzerland, Austria and West Germany, and personally I really like the song, a moody piece of pop music of the kind that Depeche Mode has perfected so well over the years. 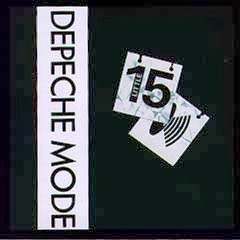