Lucky me! This Sunday I will see Fleetwood Mac perform in Oslo, and it's the current "classic line-up sans Christine McVie" that is coming to the concert hall Oslo Spektrum. By classic I refer to the Rumours and beyond line-up, featuring Stevie Nicks, Lindsey Buckingham, John McVie and Mick Fleetwood in addition to Christine McVie. When recording the 1977 classic Rumours the interrelationships of the band were "complicated" to say the least, but it resulted in one of the best albums recorded in the entire history of pop music which has sold more than 45 million copies to date! "Dreams" is written and sung by Stevie Nicks and it just might be the best song on the album. 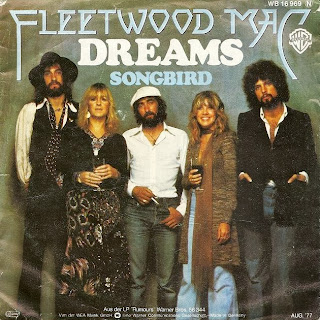