What a sad state of affair's when people die too young. The 18th of March this year Eivind Rølles died of cancer, and yesterday Lage Fosheim, his partner in the duo The Monroes, succumbed to illness too. They became respectively 54 and 55 years old. In 1983 they burst upon the Norwegian music scene with the infectious "Sunday People", a Madness-inspired pop song that spent five weeks on top of the Norwegian singles chart that autumn. They went on to release four albums, all of them big successes. Both Rølles and Fosheim had careers on the other side of the table too, working for record companies as well-respected and well-liked A&R men. May they put out a good tune or two wherever they have gone. 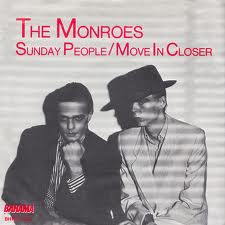