Last night at the Mercury Awards ceremony, David Bowie premiered his new music video for the James Murphy remix of The Next Day track "Love Is Lost". It's probably the cheapest music video ever recorded by a major artist such as Bowie, as he had his assistant Jimmy King shoot it in a dark corridor of his New York offices with a small video camera that he picked up at home and a few mannequins from his archive. Bowie didn't want "celebrity guests or a flashy production", and it sure doesn't look very flashy either. It looks good though, and although the video version is only just above four minutes long to the original ten minute remix, it's far better than nothing. Cool stuff that further enhances Bowie's impressive comeback. 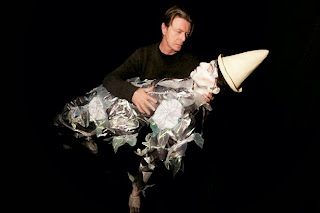