After Paul Weller disbanded The Jam, he hooked up with keyboardist Mick Talbot and formed the duo The Style Council. Building upon the sound of The Jam's final album, the soul-influenced The Gift (1982), Weller and Talbot took it all out, creating their own brand of pop music, blended with soul and jazz, and later in their heyday, house music. The Style Council became a sort of musical collective, employing different musicians and styles from song to song, but "Speak Like A Child", their 1983 debut single, remains one of their very best. It was also their second biggest hit, reaching number 4 in the UK singles chart, only bettered by "Long Hot Summer" that reached number 3 a few months later. 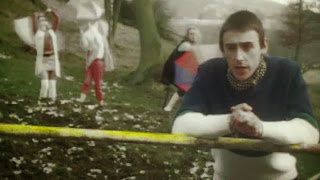