Tango In The Night, Fleetwood Mac's 1987 album, was a successful one, and their biggest seller since 1977's Rumours. Featuring several hit singles, the best one may just be the Christine McVie composition "Little Lies" (co-written with her husband at the time, Eddy Quintela). As of today, Christine McVie is of course no longer part of the classic Rumours line-up, so that's why the band doesn't play it on the current tour. If she had been part of the group, it would have been a sure thing. Be that as it may, we can listen to "Little Lies" anytime and enjoy it immensely. What a song! 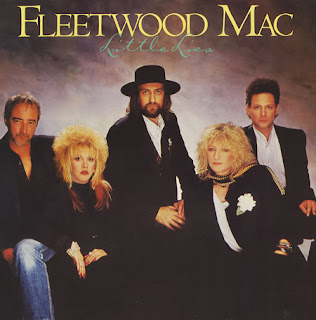