David Bowie - Wild Is The Wind

"Wild Is The Wind" was first recorded in 1957 by Johnny Mathis for the film of the same name. It was written by film music composer Dimitri Tiomkin and lyricist Ned Washington, and has been covered by countless artists since. Among the best-known versions are Nina Simone's 1959 live version and David Bowie's definitive version that features on his 1976 album Station To Station. It's one of Bowie's defining performances in which he really gets to show the impressive range of his voice. It's also one of my all-time favourite ballads, and I do mean the Bowie version. He really makes the song his own. 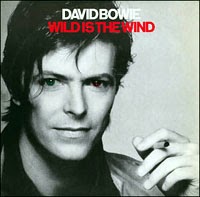