Soul II Soul - Back To Life (However Do You Want Me)

British R&B collective Soul II Soul sounded like the 90's even before the 90's had started. Their big 1989 hit "Back To Life" was originally an a capella number off debut album Club Classics Vol. 1, but was remixed and re-recorded for single release, which proved to be a good idea. A laidback club beat, some tinkling with a house piano, and some synthesized strings laid the foundation for singer Caron Wheeler's wonderful voice, and voila! They had a hit on their hands. 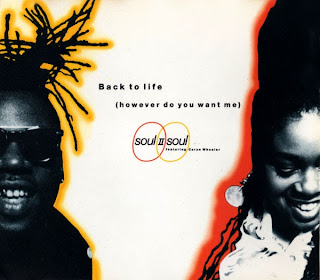