Scritti Politti's first album, 1982's Songs To Remember, was an exciting and almost anarchic blend of different musical styles, but the sophistication was there from the beginning although it didn't jump out at you. It was a moderately successful album though, mainly because of the beautiful single "The Sweetest Girl". For the follow-up album, frontman Green Gartside went to New York City, gathering a host of brilliant studio musicians led by legendary producer Arif Mardin, and recorded Cupid & Psyche 85, which is pure studio brilliance and sophistication throughout. It's definitely not as immediate and charming as its predecessor, but it's a great album all the same. The single "Wood Beez (Pray Like Aretha Franklin)" was released in 1984, and became Scritti Politti's biggest hit to date. 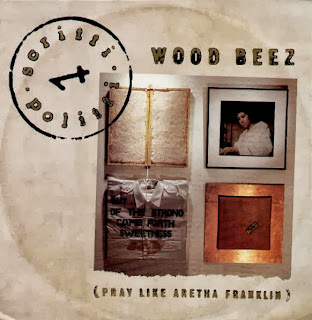