Orchestral Manoeuvers In The Dark - Messages

"Messages" was the first single I bought by Liverpool duo Orchestral Manoeuvers In The Dark (OMD for short), a minimalistic-sounding synth-pop single released in 1980 and lifted from their beautiful self-titled debut album. The sound was clearly influenced by people like Brian Eno and especially Kraftwerk, and OMD shared this with other bands at the time, such as Human League, Gary Numan's band Tubeway Army and to a certain extent Simple Minds. Like all these, OMD were also fond of a good pop song, and that is exactly what "Messages" is. 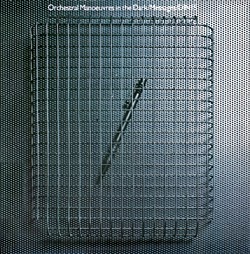