Buckingham Nicks, the semi-legendary album that Lindsey Buckingham and Stevie Nicks released before they joined Fleetwood Mac, has never been released on CD, and its unavailability is something of a mystery. The 10 track, 1973 release is a good album, that deserves to see the light of day again, but thankfully due to the Internet of our modern day and age, it is of course possible to hear it. Here it is then, in its entirety on what appears to be the official Stevie Nicks YouTube site, and just so you know it, the best song comes last and is called "Frozen Love", incidentally the only co-write on the album. If you want to read more about Buckingham Nicks, you may go the Wikipedia article. 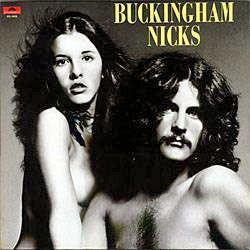