After three successful LP's in a row, R&B/disco outfit Chic was hot shit at the turn of the 1980's. That's when Diana Ross enlisted the help of Nile Rodgers and Bernard Edwards, the masterminds of Chic, to help produce and write her new album. That turned out to be a very wise move as the first single "Upside Down", released in June 1980, became her biggest hit in four years, and the corresponding album diana became her highest-charting solo album ever, apart from the soundtrack to Billie Holiday biopic Lady Sings The Blues. Also, "Upside Down" is one of the most well-known (and best) disco singles of all time. A stone cold dancefloor classic! 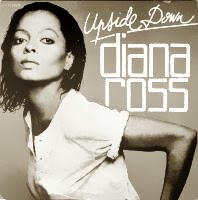