In Tua Nua - Don't Fear Me Now (Kiss You Once More)

In Tua Nua (the phonetic spelling of An Tuath Nua, meaning "the new tribe") was an Irish band which enjoyed a certain success in the late 1980's. An early member of the group was Steve Wickham who later joined The Waterboys, and an early single was a co-write with a young Sinead O'Connor. Fronted by singer/guitarist Leslie Dowdall they did fine without these future luminaries, but it never really took off. "Don't Fear Me Now" is my favourite In Tua Nua song, a single off 1988's The Long Acre album, an energetic folk-pop song that sounds very Irish. 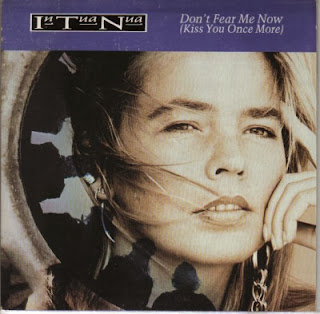