The Rainmakers - Drinkin' On The Job

Kansas City rock band The Rainmakers went on to become a whole lot more popular here in Norway than in their native USA. After releasing three albums in the late 1980's they disbanded, but twice (or three times?) reformed and toured in Norway, also releasing new music. Their heartland rock, mainly written by lead singer Bob Walkenhorst, struck gold with Norwegian audiences and the band also did well in other European countries in the 80's, including the UK where "Let My People Go-Go" cracked the Top 20 in 1986. Cue to this version of "Drinkin' From The Job", another great track from their eponymous debut album, recorded in the western Norwegian city of Bergen in 2012 (?), incorporating portions of "Ring Of Fire", "Do Wah Diddy Diddy" and "Wipe Out", for an eight minute fireworks of a performance. The Rainmakers was - and apparantly is - a fantastic live band. 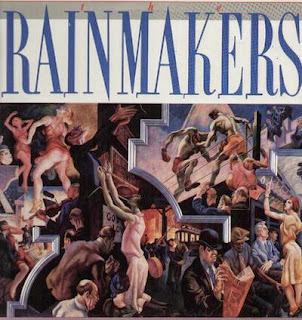