I heard the song "Wasting My Young Years" several times without really noticing it, which is strange, considering the vocal prowess of singer Hannah Reid. Dot Major and Dan Rothman complete the trio that call itself London Grammar, and whose debut album If You Wait was released a few weeks ago. And it has to be said, when I did notice "Wasting My Young Years" I did so with a vengeance. It's a stunning song.

Reid and Rothman met in 2009 at the University of Nottingham, whereas Major was introduced to the pair a little later. Last December they posted their first song "Hey Now" on YouTube, and in February released an EP called Metal & Dust. Then in May "Wasting My Young Years" was released as a single. The release of the album If You Wait was preceded by yet another single, the wonderful "Strong". As to the music, it can be described as a blend of Lana Del Rey and the xx, and Reid's voice is often compared to that of Florence Welch. It reminds me quite a bit of Tanita Tikaram as well though.

If You Wait is a wonderful album, quite possibly one of this year's best debuts, competing among others with Disclosure's beautiful album Settle, where London Grammar actually guested on the ballad "Help Me Lose My Mind". 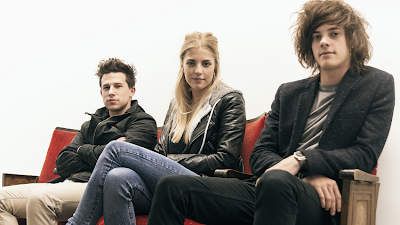