Love And Rockets - So Alive

Taking their name from one of the coolest comic books ever, former Bauhaus members David Ash, David J and Kevin Haskins formed Love And Rockets after the split of the band that was rightfully considered "the godfathers of goth". With Love And Rockets they removed themselves from their goth roots and went for a more pop-oriented sound that found its reward in the T. Rex-inspired "So Alive" in 1989 which became a huge hit. It still sounds awesome, more or less as cool as pop music can possibly become. 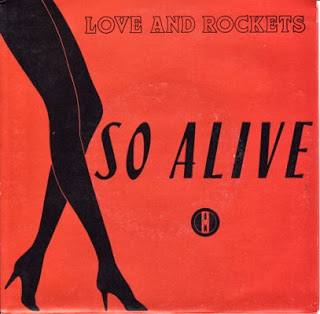