Sondre Lerche - Days That Are Over

"Days That Are Over" is a song off Norwegian singer/songwriter Sondre Lerche's second album Two Way Monologue (2004), from which the title track surely is the best-known song. However, I much prefer "Days That Are Over", an unashamedly sweet-sounding pop song to equal the best of Burt Bacharach, and obviously also inspired by the songwriting legend. As far as Lerche is concerned he's been unjustly accused of certain other influences before (to wit, Prefab Sprout's Paddy McAloon, early in his career when he had no idea who McAloon was), so I'll not be too bombastic in regards to stating his influences, but the ghost of Bacharach really seems present here. The video for "Days That Are Over" is pretty good too, a parody on television game shows, sitcoms and reality programs which is really quite funny, especially considering that Lerche today is a mentor on television show The Voicy at home in Norway. 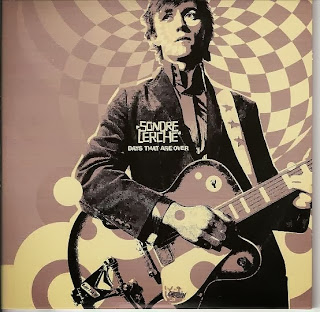