Tonight I'll be seeing Fleetwood Mac live in Oslo, and it's the almost classic Rumours line-up sans Christine McVie that is performing. The thought of seeing Lindsey Buckingham, Stevie Nicks, Mick Fleetwood and John McVie share a stage is more than enough to make me drool, although it's never really complete without Christine. One of the highlights of tonight's show is bound to be the Rumours track "Never Going Back Again", one of Buckingham's best songs ever. The clip below shows the band perform it in Boston in 2004, on the tour they embarked upon in the aftermath of Say You Will, the 2003 record that is their last to date. 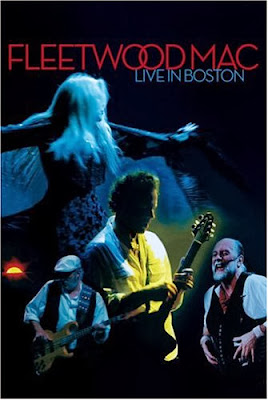